Sometime in the mid 2000s, a well-known and respected fire service author and extrication guru published comments that, paraphrased, stated that Volvo’s XC90 model was so tough, hydraulic rescue tools of the day could not cut or spread the new boron components. Fortunately, some of us were able to figure out that there was a company or two producing tools that, with the right operator using the proper techniques, could conquer the formidable XC90.
Fast forward to 2014. Many rescue tools on the market today still at least struggle with the metal components found in the XC90. After having performed dozens of them on these vehicles provided by the manufacturer, I personally maintain that a dash displacement on these Volvo SUVs is one of the biggest challenges you will face in modern vehicle extrication. Believe it or not, the difficulty experienced in the XC90 dash displacement is second only to that of the C70 convertible. Yes, I said convertible.Fasten your seat belts and call your rescue tool rep because Volvo’s been very busy, and it’s just released the totally redesigned 2016 XC90. Cutting to the chase, this vehicle boasts “five times the amount of boron steel” than that of the aforementioned XC90 that’s given us the challenges that I’ve spoken about over the years.

Built on its all new “scalable product architecture,” Volvo will be able to produce the new XC90s on the same production line as its other models. So, how is that relevant to the fire and rescue tool industries? The simple answer to that question is that these new vehicles will all have similar or identical base components and employ the same or similar amounts of ultra-high-strength steel (UHSS) in their construction. In other words, the construction materials and design challenges that we encounter in the XC90 will no longer be an anomaly in our world of extrication.

Other vehicle manufacturers, such as Volkswagon, are in the process of a similar type of vehicle construction, and I imagine the domestic automakers shouldn’t be too far behind because this new car-making technology continues to develop and become more popular.

I believe that this means good things and greater challenges for us and our rescue tool manufacturers. On the good side, this technology will eventually level off, and we will find equilibrium once again. In the meantime, vehicle rescues involving these types of vehicles loaded with the UHSS are going to take longer. Rescuers will see reinforcements in most structural components up to and including UHSS-/boron-infused passenger seat frames.

As is the way of the tide, just when it seemed like the technology of our rescue tools was starting to come into some sort of sync with automakers’ technology, automotive innovation deals us another hand of challenges.

Regardless of the brand or the rescue tool model used, there are a couple of basics to remember when dealing with these new vehicles made with “monster metals” that can keep our crews and our patients safe during extrication operations.

First and foremost, remember that if the metal needing to be cut, spread, or otherwise moved is harder or tougher than the metal found in the blades, arms, or rams of the tool being used to accomplish the extrication task, you have a potential recipe for disaster and catastrophic failure. Also remember that as the amount of UHSS increases in these new cars, the exterior “skins” of the vehicles will continue to get thinner, increasing the likelihood of “shredding” when we employ traditional spreading and ramming techniques on components like doors, fenders, and firewalls.

Think of these new cars as being very similar in many ways to superspeedway stock cars. The race cars have super heavy-duty roll cages to protect the driver yet also have very thin exteriors and body panels to keep weight down and provide good aerodynamics in an attempt to make the car less wind-resistant and ultimately faster. Today’s new passenger vehicles are similar, with the difference that the lightweight body panels are designed to help with better fuel economy.

Also consider that as strong as these newer metal components are, they become even stronger-by design-when involved in an accident or collision through the process of work worrying, or work hardening. In other words when UHSS steel is bent or deformed in a wreck, the molecules in the metals are rearranged in the same way that heat treating rearranges them, thereby causing that bent or deformed metal to become even harder than it was in its original state.

So what is the relevance of this to rescuers with rescue tools? With these new cars, gone are the days where we could simply use our hydraulic rescue tools to cut or spread anywhere we wanted to on pre-2000 vehicles because the vehicle metals posed very few challenges to most rescue tools. Today, we need to choose alternate cut sites to avoid superhard work-worried areas of the car. Remember, too, that if a rescue tool cannot cut a component smoothly and completely in a single attempt, the cut location should be abandoned-in opposition to the way we “used to do it”-because the pressure exerted by the rescue tool on the metal during the unsuccessful cut attempt also caused work hardening of the metal at the cut site.

In addressing the question of the effect of these latest automotive metals advances on rescue tools and rescuers, it is imperative that I remind you of the need for “plan B”-and maybe plans C and D too. Anyone who tells you that real extrications involving new vehicles, such as the 2016 XC90 loaded with more UHSS, aren’t going to take longer and be more of a challenge to your rescue tools and your crew hasn’t personally been up against one of these new monsters. The good news is that with new thought processes, new methods and tactics, the right attitude, and formidable rescue tools, you too can effect rescues from the toughest new cars with good outcomes for your patients and your crews.

CARL J. HADDON is a member of the Fire Apparatus & Emergency Equipment editorial advisory board and the director of Five Star Fire Training LLC, which is sponsored, in part, by Volvo North America. He served as assistant chief and fire commissioner for the North Fork (ID) Fire Department and is a career veteran of more than 25 years in the fire and EMS services in southern California. He is a certified Level 2 fire instructor and an ISFSI member and teaches Five Star Auto Extrication and NFPA 610 classes across the country. 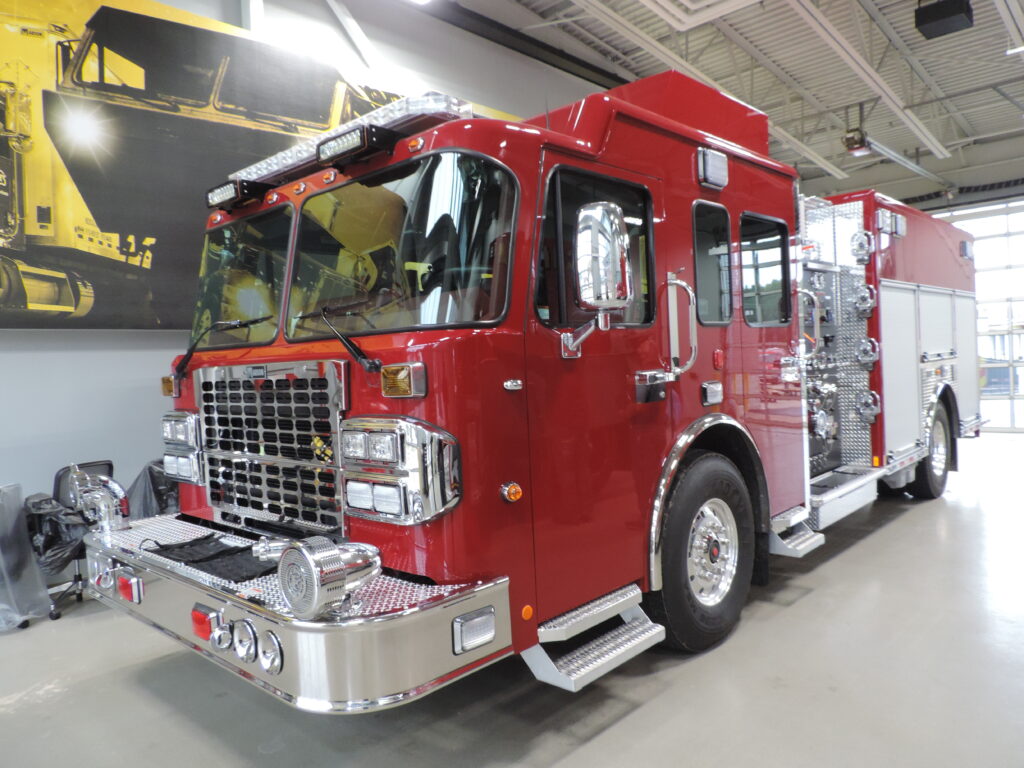 This message is only visible to admins.
Problem displaying Facebook posts. Backup cache in use.
Error: Error validating access token: The session has been invalidated because the user changed their password or Facebook has changed the session for security reasons.
Type: OAuthException

We have tickets available, email John

This National Public Safety Telecommunicators Week is a reminder of just how integral your work is to the safety of our community, and of your dedication to the complex and ever-changing world around us. You are all part of a highly professional team and our organization is lucky to have such dedicated individuals responding and triaging no matter the crisis or circumstance on the other end of the line.

One thing I’ve learned in this past year with the pandemic and all of the challenges it has brought is just how flexible and adaptable our teams are – you have weathered the storm by showing up no matter the challenging circumstances, and doing your job with integrity.

Thank you for your work! #NPSTW2021 #headsetheroes ... See MoreSee Less